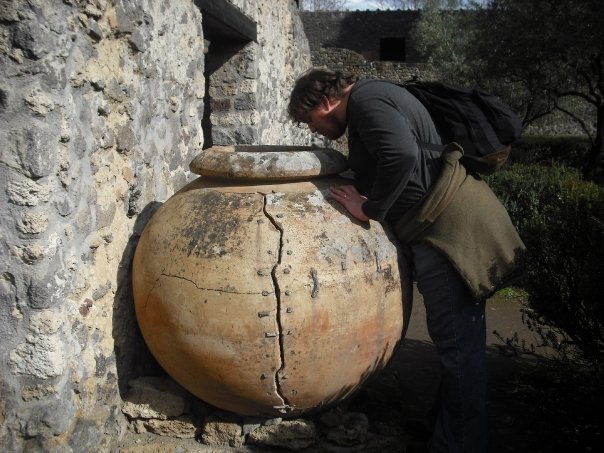 Typically when you think of gamers you think of unwashed, overweight grown men sitting in front of a screen, be it a TV or a PC playing the latest Shooter McBloodfest game. Fortunately, this is a stereotype that gamers are slowly distancing themselves from. The reality is that gamers come in all shapes and sizes. In fact more women in the US own gaming consoles than men now and the number of adult women playing games outnumber teenage boys. That second one is completely down to casual gaming, the kind you do on Facebook or while you’re sitting at a bus stop on your phone. Gaming is becoming an entertainment for people from all walks of life, yes, even those who have been bit by the travel bug. Because I love it so much I’ve put together a short list of 3 mobile games to play while you travel.

To make this list the game must be available either on Andriod or iOS plus rely heavily on location based technology like GPS. I also discounted games that are entirely solo, these are things like running games that encourage you to keep going by rewarding you with items. These don’t really have the travel spirit at heart and are more about personal goals. With that in mind lets get on to the games.

Chances are even if you aren’t a gamer you’ve heard of Geocaching. It’s a worldwide phenomenon that has players searching for real world boxes filled with items that are left for trade and a log book to track who has been there. It isn’t always a box though, there are also virtual caches including in Antarctica. Is there any wonder why some call it the world’s largest treasure hunt? Geocachers have something of a code which asks participants to take steps to preserve nature, not put people in harms way, and stay off private property. 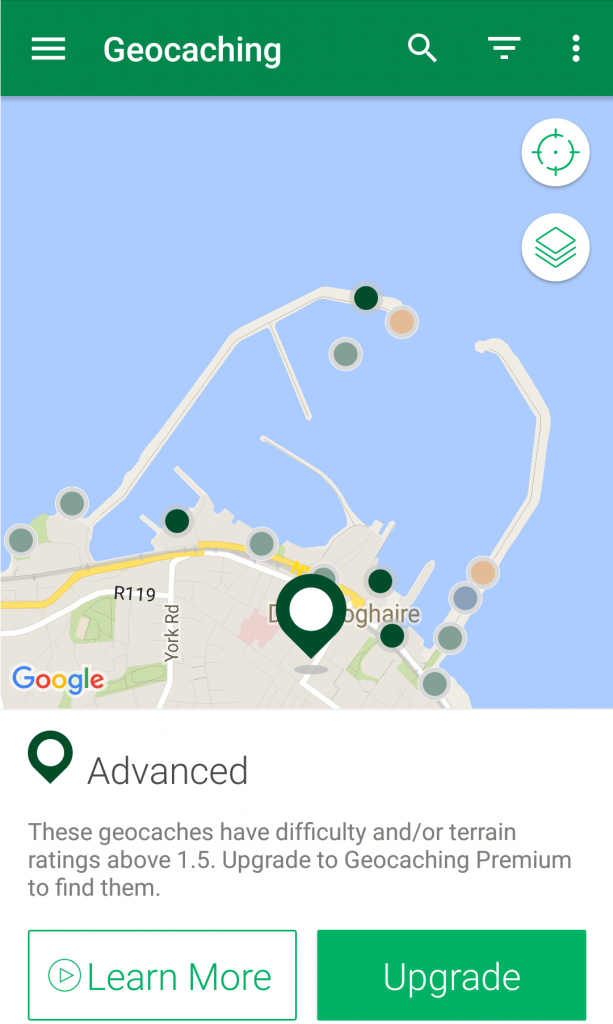 These days there is a mobile app available to help people pinpoint caches, track ones you’ve been to and plan Geocaching trips. The reason Geocaching only comes in at number 3 is cost. The Geocaching app itself is free and most of the caches on a map can be selected without a Premium account. However, even just a few miles from my home I found many caches were inaccessible without a paid account. Lists are also locked behind the pay wall.

If you’re willing to pay €29.99 every year for access then the Geocaching app is certainly worth a go. For me though the price is too high when there are free alternatives out there, including just Geocaching without the app.

Wheelchair/Disability Friendly? No, not really. Physical caches have to be somewhat hidden off the beaten path making accessibility an issue.

Okay, I’m cheating just a little bit with this entry as the game isn’t available to the public yet and is only in beta testing in certain parts of the world. But, Pokemon Go is going to be THE game for people who love to get out in the world.

The premise is simple, while you’re out in the world you become a Pokemon Trainer. You’ll come across Pokemon to capture, train your Pokemon, and if commercials are to be believed there will be large events that bring communities together. To make it realistic the Pokemon you find will be specific to the area you’re in. Don’t expect to find any water Pokemon in the desert. To give it another level of realism you can turn on your phone’s camera so it looks like the Pokemon is actually there in front of you and not just on a screen.

Downsides? This will also cost money to play. How much isn’t clear just yet but it is known that you’ll have to have a special Pokemon wristband (bluetooth enabled I’m assuming) in order to play. Right now it isn’t known if there will be any additional cost beyond the wristband. Interested in Pokemon Go? One brave beta participant leaked a video of it and amazingly it’s still online.

Wheelchair/Disability Friendly? Somewhat. There will be some going off the beaten path required but it looks like people who need to stay on the path will be able to enjoy it as well, though it may somewhat limit which types of Pokemon you can get in your area.

I’ve been interested in Ingress ever since it launched but it was only during a recent trip to Malta that I finally took the dive and started playing. The world (and all the players) are divided into two factions and they are fighting for control of key areas of cultural importance. That statue you took a photo of on your last trip? Someone in Ingress has claimed it for their side of the war. No matter how small it may seem there’s a very good chance it’s in Ingress. These culturally important points are called portals, the first portal I ever claimed was a statue of an Education Minister in Malta. The statue happened to be right next to my hotel so I thought, why not?

What makes Ingress really stand out is the global community. No matter where you are in the world there is someone playing Ingress. Best of all it’s a fantastic way to meet new people. It has a built in chat room that allows you to coordinate with people near you and in your faction. In most major cities around the world you can find faction groups who meet up regularly for food and fun. The Maltese community were amazingly friendly while I was there. My final act before boarding the plane was saying goodbye to the new people I had met in chat.

It absolutely will become an addiction right alongside your travel addiction. Between the focus on culture and the fantastic community it is THE game to play while you travel. Oh and the issue of cost? There is no cost! You can pay for items during special events but that is entirely optional.

Wheelchair/Disability Friendly? Yes! The majority of the portals in Ingress are on the sides of roads or are buildings making it perfect for anyone with mobility issues. The only downside I found was when the portal I wanted was at the top of a very steep hill, but a little bit of research before you set out can easily remedy this.

As you can see there are a few different options for travellers to pick from when it comes to mobile games to play while you travel. Some may have you climbing a mountain while others take you in the heart of cities. I’m always on the lookout for more games that take place out in the real world. If you know of one that I don’t then let me know! I’d love to give it a try. Keep an eye out in the future for more in depth reviews of all three games I mentioned today.