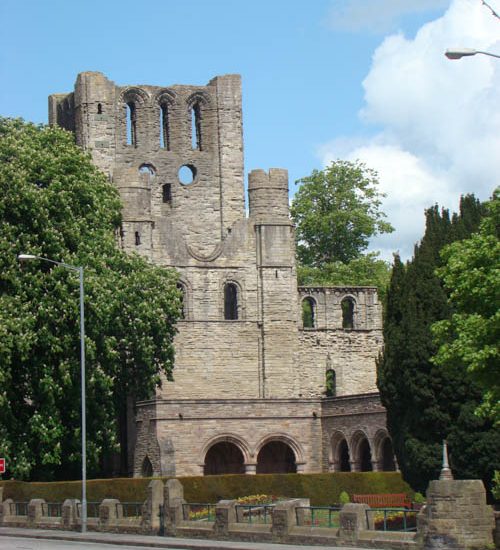 I got bored this morning so I decided to find out what my travel personality is according to besttripchoices.com and it was surprisingly accurate. Also, it turns out I’m much more of the common type of traveler than I expected. I always thought I was a little bit odd, but we’ll go into more detail on that later. For now, let’s dig into the test.

The test itself is somewhat short, only 15 questions which made me slightly sceptical of the test. Most of the questions have to do with friends and how much you like to interact with people. I’m much too shy to chat up random strangers so for me travelling isn’t so much about meeting the locals as it is enjoying my time with the people I came with and seeing the sights I’m there to see.

According to the quiz, travelers can all be placed on a scale they call the Venturer-Authentic Scale which you can see in the image below. On one end of the scale, you have the planners. The sorts who have every minute of every day planned and know exactly what they want to see. The other end of the scale are travelers who prefer less structure, just going with the flow and letting the trip happen as it does.

It turns out, much to my surprise that I’m pretty much right in the middle as a Centric Venturer. What does that mean? I’m more likely to use different types of transportation, I have a greater variety of travel interests than those at either end of the scale, though I prefer medium sized towns rather than capitals. I also prefer places that already have decent tourism options, rather than going off the beaten path entirely. All of this describes me perfectly!

Buuut…there are a few things I’ll dispute from the description. I HATE tours. I want to go at my own pace and enjoy things in my own time. Additionally, I find the whole B&B experience a little too intimate. I prefer staying in large hotels where I can be somewhat anonymous. It also says that I’m more likely to go on a cruise in recent years. While I will admit I’ve entertained the idea a few times, the conclusion is always the same. I want to go at my own pace. I do admit though that the idea of being in a floating hotel with everything I want right there is kiiiind of appealing. The last thing that the quiz gets wrong about me is that I enjoy watching TV. I really don’t. I have a couple of shows that I watch very rarely and then ignore the rest. On that note, Stranger Things is exactly as amazing as everyone has said it is. If you haven’t watched it yet, do it.

What it also means is that I’m the most attractive demographic for tourism advertising. I fall in a group made up of 30% of the population which is a pretty good chunk of people. One line from the description really caught my eye, “you are more flexible and adaptable, with a willingness to sample new destinations if a travel promoter presents enticing advertising.” And I would totally agree with it! If a place looks good and is affordable…sure I’m going to check it out! Why wouldn’t I!?

The final part of this quiz gives you a small list of destinations that are suited to your type of travel. I got the following:

It’s a beast of a list and I’ve already tackled some of them before as I was lucky enough to grow up in California. I live in Ireland, and I’ve visited Scotland and England in the past. Wales, Tahiti (It’s a magical place), Florence, Washington DC, and New York City are all on my list of places to go to. I’m really interested to see why they put Quebec on the list. It’s certainly not somewhere I would have thought of on my own.

It was a cute little test that has given me a few new destinations to investigate and see if they’re for me. I’d love to know what you get on the quiz! Head over to Best Trip Choices to take the quiz then leave a comment below with what you got! Is it accurate for you? Did you get any interesting destination suggestions you would never have thought of? I’m really curious to see what others get.

It should also be noted that this post was not endorsed by anything but boredom and curiosity.