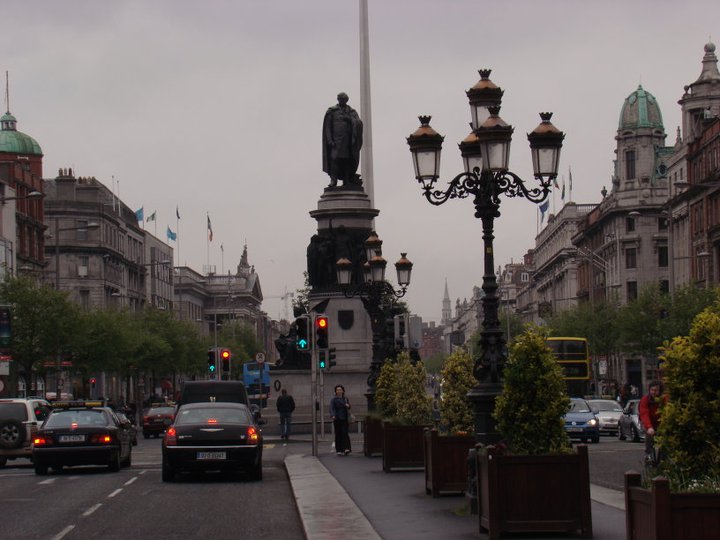 So you have three hours in Dublin and you aren’t sure how to spend them. Maybe you’ve got a layover or you’re stuck waiting for your train to somewhere else in the country. Whatever the case may be 3 hours is just enough time to see some of the best sights Dublin has to offer. Below I’ll present a plan that will allow you to hit all the big tourist locations in the city along with some alternatives along the route. At the end, I’ll even explain why I excluded some things.

This plan assumes that your 3 hours begin when you’re already in the heart of the city. If you’re at the airport still you really only have enough time to go to the city center to grab lunch before you have to be back at the airport. Check out Brother Hubbard if you want a modern Irish dining experience or The Church Cafe if you want somewhere you can drink and get great food. Both of these are just a couple of minutes walking distance from where the bus will drop you off on O’Connell Street.

Starting off in a museum is a bit of a risky gamble and you actually might decide to skip it altogether but the Museum of Archaeology is a great way to very quickly see some of Ireland’s ancient history. Because you only have 3 hours to spare you aren’t going to look at the entire museum. Rather you should go in and look at the ancient jewelry that is on display just inside the door then find your way up to the bog people. At that point, turn around and leave. It won’t be easy, but you’re strapped for time! At a fast pace you can get all of this done in 15 minutes and the museum is free.

After you leave the museum you’re faced with two options, left or right. Below I’ll give you both options and you can decide which you prefer.

If you turn left and go to the end of the road you’ll find yourself right across the street from the gorgeous St. Stephen’s Green which was made into a park in 1663, though the current layout is from the 1800s. If you don’t mind having to cross traffic then a short stroll through the park is a lovely way to get to Grafton street, though it is by no means necessary.

Grafton Street is one of the biggest shopping streets in Dublin. Here you’ll find the Disney Store, Brown Thomas, and the Bewley’s Oriental Café. I wouldn’t recommend you do any shopping while you’re there but it’s a great place for people watching and seeing buskers. To get to our next destination you’ll want to walk down the length of Grafton Street.

If you turn right after you leave the Archaeology museum you’ll come to Trinity College at the end of the street. Some notable people who would have walked through Trinity College include Samuel Beckett, Bram Stoker, Jonathan Swift, and Oscar Wilde. It’s a lovely campus for a quick stroll, but its highlight is The Book of Kells and the world-famous Trinity College Library. Unfortunately, a tour of the library is quite time consuming so unless you’re ready for it to take up the rest of your time in Dublin I recommend skipping it this time. Walk through Trinity College and come out at the front entrance which is just a short walk from the end of Grafton Street.

Here the two paths meet up once again. From here walk down College Green, with Trinity College at your back. Once you’ve passed the statues in the middle of the road on the left side you’ll see a small road that leads up to what looks like a church. You can take a quick detour up there for a photo opportunity with the world-famous Molly Malone statue, aka The Tart with the Cart.

Keep walking down that street until you come to a small square. This is the heart of Temple Bar and it’s a great place to do some tourist shopping if you want to do any. The actual bar that Temple Bar is named after is just one block away from the square. If you want to try one of the best burgers in the world (rated number 44 by Burger Dudes in 2019) then go to Bunsen which is just across the street from the Temple Bar.

River Liffey and the Ha’Penny Bridge

After your wander through Temple Bar you should have just enough time to go one block over to see the River Liffey and cross the famous Ha’Penny Bridge.

If you still have time to spend consider checking out O’Connell Street or Christ Church Cathedral. Both are within walking distance though O’Connell Street is closer and in my opinion more interesting.

I’ll be honest with you, when it comes to castles, Dublin Castle is a major disappointment. Ireland has so many amazing castles…this just isn’t one of them. So save yourself the time and skip it.

You might think that the biggest enclosed city park in Europe would rate highly, especially since it is being pushed by the Irish government to be made into a UNESCO World Heritage Site. But it’s just a big park with deer and monuments in it. Not really a priority on such a quick trip.

The Guinness Storehouse Museum is an interesting trip through Irish history and the process of making Guinness, but if you were to do it then you would have spent your entire time in Dublin just on this tour. Now, if this isn’t your first time to Dublin then sure, go for it! The views at the end are amazing. But otherwise, give it a miss.

If you have more than 3 hours and you’d like to see somewhere in nature just outside Dublin check out Glendalough, you won’t be disappointed.