Hoppa.com has released their yearly list looking at the cheapest cities for travel, as well as the cheapest. They look at the average prices for hotels, food, drinks, taxis, and entertainment per person per night. Based on this Zurich is the most expensive at £170.43 ($212.81USD) per night per person. At the bottom of their list sits Sofia at just £38.21 ($47.70USD) per night! Check out the infographic they made with 84 cities.

I’ll admit as a resident of Dublin I was really surprised to see it higher than London on the list. I really thought that London is more expensive. Of course, there isn’t much difference between them really, but it still came as a bit of a surprise.

Digging a little bit deeper Hoppa breaks each of the things they judged on so you can get a bit of a better idea of how individual cities rank in each area. Dublin it would appear has very expensive burgers. Which honestly isn’t that much of a surprise. We LOVE burgers and have a lot of the gourmet burger type of places. At the other end of the scale, though, Dublin is the home of the Guinness Storehouse which is one of the cheapest top attractions. I’ll leave the others below in a smaller size. If you’d like to see them larger just click on them or open them in a new tab. 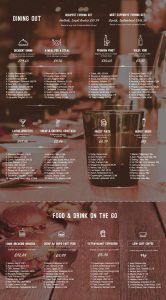 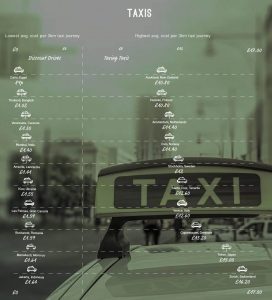 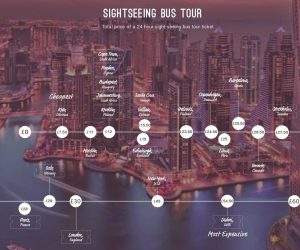 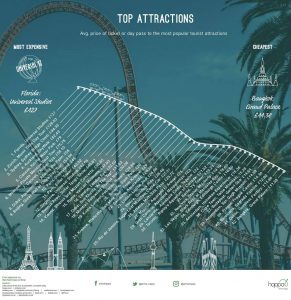 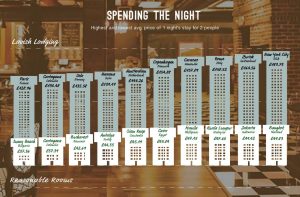 So what is the takeaway from all of this? If you’re looking for a cheap vacation this year you’ve got a pretty wide variety of options available to you. Here’s the 10 cheapest again

You’ve got the Mediterranean, you’ve got Mexico, the Phillippines, Egypt, Mainland Europe. Of the cheapest, I’ve been to Sliema and I can honestly say Malta is everything you could want in a vacation. But, if you really want to go budget Sofia is the way to go. I’m sure you’re as curious as I was about the prices of hotels there so head on over to booking.com and take a look. (Yes, this is an affiliate link)

I’m curious, though, do these sorts of lists actually have any impact on your travel habits? Are you likely to go to a place because it’s on the cheaper end of this scale? Or if somewhere you were considering going is high on the list would you consider somewhere else instead? 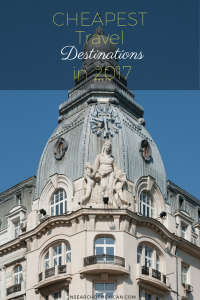