Europe is fed up with being your vacation spot. Not you specifically, but the entire world. Europe is fed up with tourists. This week I’ve read a few articles (here’s one) talking about places in Spain that are actively protesting against tourists. These places are facing overcrowding, antisocial behavior, and renters being priced out of town. It is a huge concern for people everywhere from the crowded streets of Barcelona to the tiny Isle of Skye in Scotland and it is only getting worse. 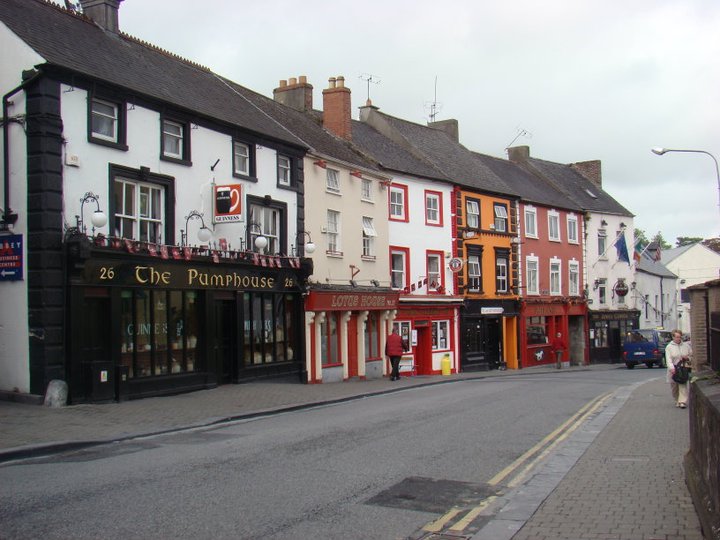 Imagine living in your favorite city filled with ancient wonders. If you see yourself going to these places regularly think again. Is there a lovely square you’d enjoy sitting in? Better do that in the off season when you have a slim hope of finding a seat. Oh, the off season is when it rains you say? Sucks to be you. This is what life is like when you live in a tourist destination. You don’t get to enjoy your home town.

Public drunkenness, having sex in public…why do people think this is ok? The problem is they don’t think. They’re on vacation! Time to get wild and have fun. People often ask me what Paddy’s Day is like in Dublin. What the locals do for Paddy’s Day. For the most part, the answer is that we stay at home. If you go into the city it’s overrun with Americans who are already drunk even though it’s only 10 AM. Against every wall, you’ll find a small pile of vomit and if you’re very unlucky someone will have also peed on the wall. This kind of behavior is disgusting, but as locals, all we can do about it is get out of the way.

Another issue I’m familiar with is the increase in the cost of living. Now, I want to start by saying I know that not all of Dublin’s problems are because of tourism, but they are certainly a significant problem. Rent in Dublin is out of control the prices are so high that locals can’t pay it. Airbnb is thriving. Why would landlords rent to locals when they could get so much more by putting their property on Airbnb?

Not everyone who travels is part of this problem. It is a hotly debated topic in travel blogging community, is there a difference between being a tourist and a traveler? I’ve yet to weigh in on this topic because that is one deep rabbit hole. But I will simply say that it is complicated.

Overcrowding in tourist destinations is a problem and a tough one to get a solution for. Tourism keeps the economy going. But once overcrowding starts becoming an issue you have the “good” travelers going to other destinations to avoid those crowds. Which makes the anti social behavior an even bigger issue.

For overcrowding, governments could limit how many people can be in a place at once. Stop allowing new hotels to be built. They can also encourage people to visit other destinations within their country to try to spread out the massive number of people wanting to get in.

They can also require pre-booking for major sites. No more lines stretching for hours to get into the Colosseum. If you want to see it you book that online at least 2 weeks in advance, if not more.

Dealing with anti social behavior is a matter of policing. Places like Venice aren’t a city anymore, they’re Disneyland and they need to be policed as such. Tougher policing will act as a deterrent for future bad behavior. Some places may even want to consider putting temporary bans on badly behaving tourists. Get arrested for being wild and disgustingly drunk? 5-year ban from that country. Those 5 years hopefully giving the person time to mature.

They can also make more efforts to attract the right kind of traveler to their destination. This partly ties back in with dealing with overcrowding. Another thing they can do is appeal to those interested in culture and history.

These may not be the best solutions, but they’re the ones I came up with. Do you have any of your own solutions? What do you think about this problem? Is it really a problem? Too much of a good thing?

Whatever your thoughts on the problem are, it is clear that Europe is fed up with tourists.