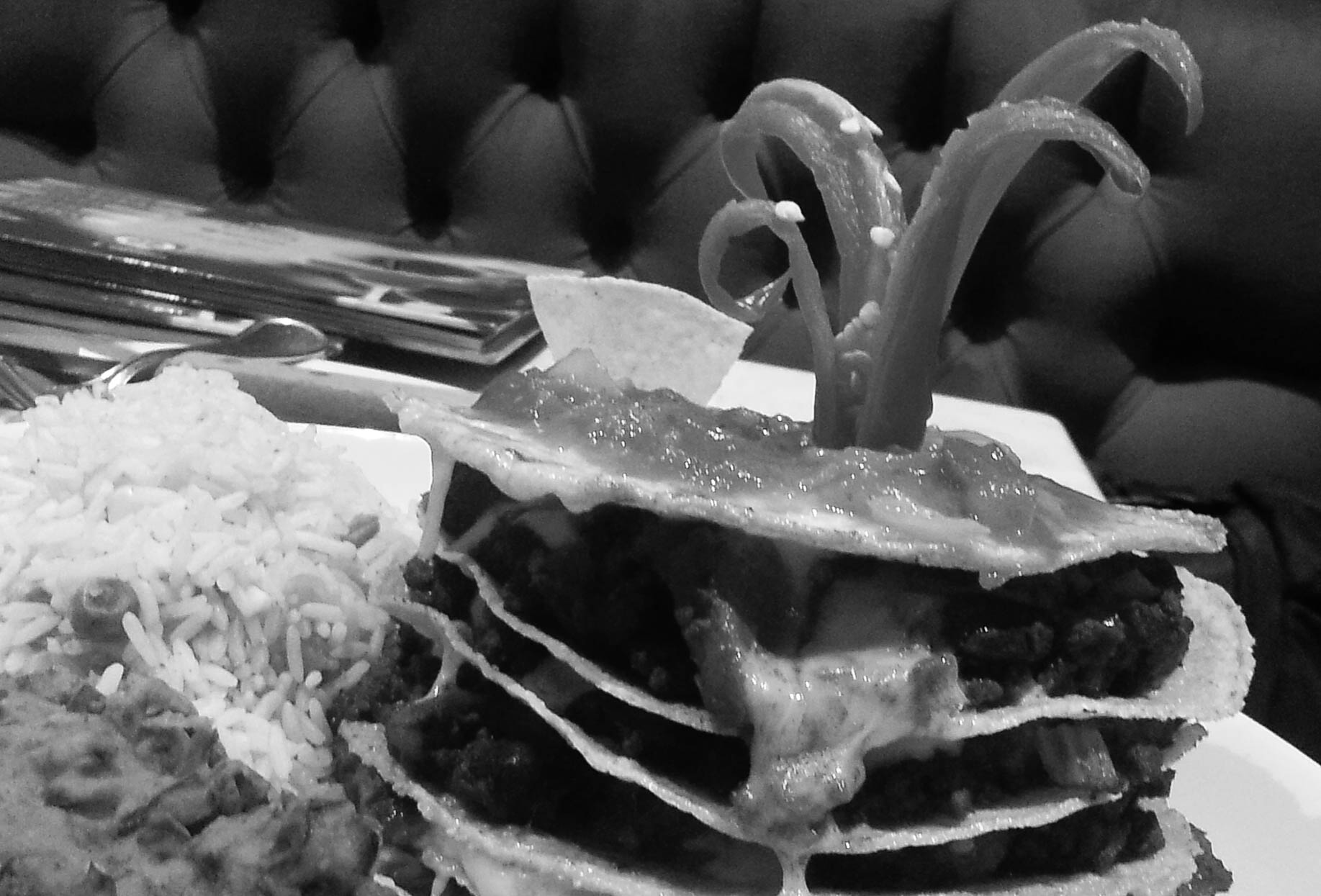 Once the hotel is booked and the flights have been bought it’s time to start doing some in depth research into the travel destination. I always start that off at TripAdvisor, looking for Mexican food. As crazy as it sounds, Mexican food is always an important part of every trip we go on.

Most recently this hunt brought us to Tex Mex in Sliema, Malta. It had great reviews on TripAdvisor so that encouraged me to dig deeper. It was the menu that really sold me on the restaurant. It’s so big and there are so many options that sounded amazing. I actually was worried for a little while that we would never eat anywhere else while we were there. In the end we only managed to eat there once during our trip though next time we go to Malta we will certainly be making the trip again.

Tex Mex is one of many restaurants and bars all lined up together. Each of them stretches out beyond the walking area for their outdoor seating. Unfortunately, this does make it a little difficult to find the restaurant as you can’t actually see any signs. When we arrived the outdoor area was already full which I took to be a good sign. Inside there weren’t many customers but it was still early in the day. To get inside there is a single step up, so wheelchair users may have some small irritation. The staff however were very helpful and offered to help me get inside.

We started our meal splitting an amazing chimichanga. If our meal had ended there I would have been very happy indeed. The chimichanga left me with a small amount of regret as when I got my main dish I wasn’t able to finish it. That being said, I would happily eat the chimichanga every day for the rest of my life, yes, it was that good. 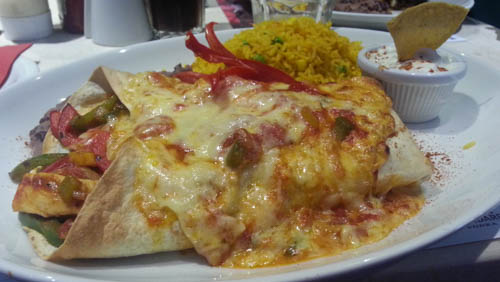 For the main event I had a chicken burrito and my husband had an enchilada stack with red Mexican sauce. I adored my burrito for the amazing flavors, but I found the vegetables in it were cut far too large for my taste. This however may be a Maltese thing as large vegetables were common in just about every meal we had. The enchilada stack, pictured below, was extremely flavorful, just thinking about it is making my mouth water. On the menu it’s listed as two chili peppers hot but it was actually extremely mild which appealed to me. 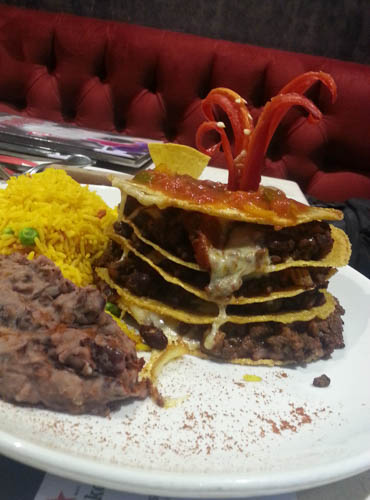 Tex Mex does seem to be suffering from a bit of an identity crisis. It’s a Tex-Mex American Bar and Grill that looks like a night club (the music selection follows that theme), and has the door to a hotel right in the middle of it.  It is open until 4 in the morning so the night club feel is appropriate for certain times of the day. But having a burrito while dance music plays and bright blue cocktails are being made at the bar gave a little bit of disconnect for me.

Despite the fact that it feels like they don’t know what they want to be the food was everything I was looking for. So I would highly recommend going if you’re ever in the mood for American or Mexican while you’re in Malta. I’ll be there.

Food: 9/10
Wheelchair/Disability Access: May have some difficulty
Would I Go Again: Yes!