It’s always fun to look back at early travels and laugh at the silly things that took place along the way. My first international flight was uneventful, but I was crossing North America and the Atlantic Ocean solo as an 18-year-old who had barely ever left California. I made an Australian couple laugh in London, I nearly fell asleep on my feet, and on top of it all my connecting flight to Dublin was delayed. Getting to Ireland was an adventure all its own.

My journey started before the sun came up on a mild winter day in California. It was a 3-hour drive to San Francisco, assuming we didn’t hit traffic once we got to the Bay Area. To make sure we had plenty of time we left 4 hours before the gate opened. At that point, I was already running on next to no sleep. I’m terrible when it comes to sleeping before a trip. The excitement is just too much. So after the customary passport check from my mother (more on the story behind that in another post) we were off.

We were lucky to avoid any big traffic, arriving in the Bay Area just before rush hour and it was a surprisingly fog-free morning. It seemed the travel gods were smiling on me that day. That would, in fact, be the last time traveling from San Francisco that I would ever be so lucky.

It was a direct flight from San Francisco to London, flight time…too many hours. Though I planned ahead and had reading material I ended up spending most of the flight either playing the in-flight games they offered or staring at the map, waiting for my ultimate destination, Dublin to show up on the map. Of course, that just ended in a little bit of heartache as we flew right over Dublin on our way to London.

Once we landed in London I immediately started looking for the gate to my next flight, only to learn it hadn’t been assigned one yet. This was an entirely new, and alien concept to me. Without knowing what gate to go to I sat down in some chairs right under the gate displays. I wasn’t going to risk being stranded in London because I missed the gate announcement. By that point, I was beyond exhausted. I’ve never been very good at sleeping on planes and that 11ish hour trip I didn’t manage a wink. But now I wasn’t moving anymore, all I was doing was waiting. So slowly sleep started to claim me. 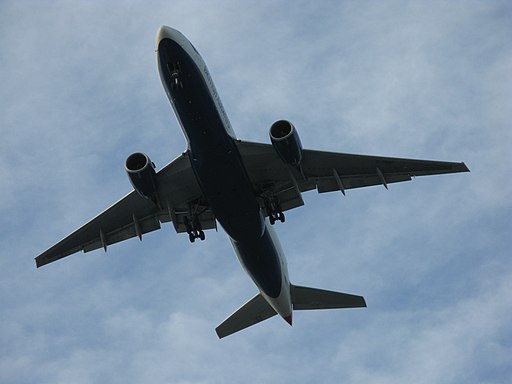 Being on my own, not knowing a soul in hundreds of miles I knew staying awake was a must. So I’d get up to check the gates, still none for me. Then I’d sit back down. Up again just a few minutes later. It was getting to be too much. So I gave up that seat I’d laid claim to and stood in front of the displays, hoping that any minute now my little budget airline flight would have a gate number assigned. After a few minutes, my eyelids were becoming heavy, so I closed them. Only for a moment, I told myself. And that first time it was only a moment. But slowly the eyes stayed closed longer and longer. Then it happened. My muscles relaxed as sleep claimed me for no more than a second. Enough to make me stumble. Oddly, no one around me in this busy airport seemed to notice. Thankfully it wasn’t long after that my flight was finally assigned a gate.

Oh, but that wasn’t the end. Oh no! It was of course at the end of the longest, most convoluted corridor you can possibly imagine. Seemingly miles away from anywhere to buy a drink or even use a bathroom. And of course, when I got there…my flight was delayed. The weather over the Irish Sea had turned nasty so we had to wait until it got a little bit better. I asked someone at the gate’s desk to wake me when it was time to get on the plane and tried to get some sleep.

Of course, if you’ve ever tried to lay across the benches in an airport you know how impossibly uncomfortable that is. Each seat an individual bucket, each seat offering areas that poke into your side as you try to lay across them. Though I could shut my body off and just be a vegetable I still couldn’t sleep.

Eventually, we were finally able to board and I thought that would be the end of it all. But it wasn’t. I got to my seat, a window seat, waited to see who my row-mates would be, said a short hello to them and quickly fell asleep. I woke up just long enough to feel the plane pull away from the gate. I remember it clearly registering in my mind, but I didn’t care enough to open my eyes. I never heard the announcement saying we had to wait our turn in the queue to take off. I was out. Forty minutes later when I woke I looked around, we were on the ground! “Oh, we’re here already? That was a fast flight” I declared much to the amusement of the Australian couple sitting next to me. After they stopped laughing they let me know that in fact, we were still in London, waiting for our turn to take off. Once again, a little bit of my heart broke. By that point, I just wanted to get to Dublin so I wouldn’t be traveling anymore.

Eventually, we arrived at Dublin Airport and I was greeted with my then boyfriend, now husband. We climbed aboard a bus, I leaned my head on his shoulder and I missed the entirety of my first trip through Dublin City. I wasn’t interested in the sights; they’d be there another day. All I wanted then was to finally sleep. And so I did.